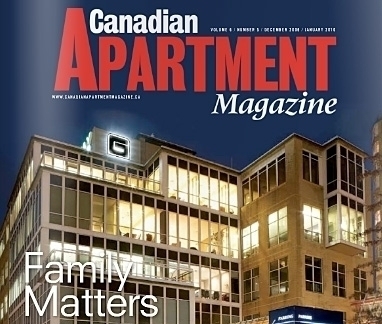 The Ontario government released its rent increase guideline for 2020, setting it at 2.2 per cent – the highest it’s been since 2013. The annual guideline identifies the maximum percentage a landlord can increase rent over the course of one year without approval from the Landlord and Tenant Board. The increase of 0.4 per cent will go into effect across Ontario on January 1, 2020.

According to the government’s official website, the guideline was calculated using the Ontario Consumer Price Index, a Statistics Canada tool that measures inflation and economic conditions over a year. Data from June to May is used to determine the guideline for the following year.

Beginning January 1, the allowable increase will apply to most private residential rental units, excluding social housing, nursing homes and commercial properties; however it won’t apply to new buildings and additions (including new basement units) that were occupied for the first time after Nov. 15, 2018, following the Ford government’s reinstatement of the post ’91 exemption.

In most cases, the rent for a unit can be increased by the set amount 12 months after the last rent increase was issued, or upon tenant move-in. Furthermore, a tenant must be given written notice of a rent increase at least 90 days before it takes effect.

The Ontario Landlords Association’s member consensus is that the guideline is inadequate. “This is far, far too low. The guideline needs to be fixed to show true landlord expenses. Or get rid of it and let the market prevail,” the group commented on Twitter June 19th, following the government announcement.

Meanwhile, several tenant advocacy groups, including the Federation of Metro Tenants’ Association, are of the mind that the new guideline is set too high, telling the Toronto Star it could be enough to push low-income earners and seniors out onto the street. “There’s a lot of people in the city of Toronto on Canada pension, veterans pensions, social assistance,” executive director Geordie Dent said, adding that the increase could mean “the difference between a week’s worth of food and paying their rent.”

Return to “Announcements and Articles for Landlords Across Canada”

Users browsing this forum: No registered users and 221 guests