Ontario Tenants DO NOT HAVE TO CLEAN, SCRUB & REPAIR WHEN YOU MOVE OUT - It's Just legal "WEAR & TEAR!"

Ontario Tenants DO NOT HAVE TO CLEAN, SCRUB & REPAIR WHEN YOU MOVE OUT - It's Just legal "WEAR & TEAR!" 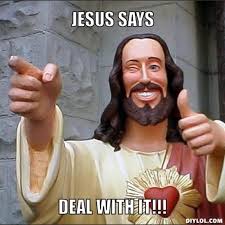 Earlier in our TENANTS FORUM a young couple of Ontario Tenants posted they have to move due to to precarious job situation. They are working hard to find good jobs and facing the stress of moving.

And they are not alone as the Toronto Star has reported: Growing number of professionals face job insecurity, study finds

As the are moving they are also facing a typical nasty landlord who is unaware what "wear and tear" means. He is even threatening to "sue" her

Life is scary these days and Tenants are often on the move.

One of the biggest obstacles when moving is some landlords trying to intimidate tenants that their normal living is some type of 'damage'.

I have dealt with this many times and have some advice for Ontario Tenants.

THE REALITY IS ANY CLAIMS OF SO CALLED 'DAMAGES' IS A CASH-GRAB!

You don't have to do any clean up at all! It's called "WEAR AND TEAR".

Of course if you or a friend purposely did damages it's a different story, but if any dents, smells, burns, holes, notches happened this is just part of ordinary life.

You paid rent to your landlord and lived your life........and life is filled with puppy pee, pictures (and nail holes to hold them), scratches, broken stuff, garbage, things you don't need left behind, etc.

In Ontario landlords can't rip us off with their so-called "damage deposit" (which these damn bastards would never return if they get get their greedy hands on it).

Your landlord is simply trying to intimidate you.

Once you move out your landlord cannot go to the Landlord and Tenant Board. They will have to file in small claims court.

Small claims court is very serious and so many un-educated landlords are clueless and will get destroyed there. They lack the IQ needed to realize they have to prove their case, not the tenants.

If they try to say "oh you did this damage or that damage" and we will "sue you" here is what happens:

1. They have to find you to serve you the court docs.

Good luck with that. You don't have to give them a forwarding address so don't fall for that scam! In order to take you to small claims court they have to officially serve you and since you should not give them your new address they are screwed.

2. If they do serve you it will take months to get a court date

The courts are filled and you won't have even worry about this for 6 months or more. Meanwhile the landlord will have sleepless nights worrying about facing you before a real judge that won't buy their bullsh*t.

3. At the trial the landlord has to prove you did the damages on purpose and not just normal "wear and tear".

Even if they have some pictures you can just tell the judge it's just part of your life. Judges are reasonable and they follow the law and you don't have to worry at all (and you can even get a judgment against your ex-landlord to PAY YOU for you wasted time due to their frivilous lawsuit)

4. What if there were some big damages?

You can also just say the pictures are fake...they were not taken when you moved in and the landlord took them at another time to try to frame you.

Unless there are massive, huge damages YOU WILL WIN IN ONTARIO SMALL CLAIMS COURT AND DON'T LISTEN TO THE HYPE LANDLORDS ARE POSTING ON THIS FORUM TO INTIMIDATE TENANTS.


5. The landlord has to show how much they paid to repair the so-called damages

Most of these scammers will make up receipts to try to charge you when they did the work themselves. You can just call them on this. Tell the judge it's fake and get an adjournment so the landlord scammer has to bring his/her fake "professionals" in to testify the really did the work LOL!

6. Worst case scenario is the landlord wins a judgement BUT BIG WHOOP!

If you are moving they will never be able to collect as they can only try to garnish your employer.

If the judge is a freak who loves scamming landlords you just declare bankruptcy and they will NEVER GET A CENT FROM YOU!

THE KEY THING IS TO EVER FALL FOR LANDLORD TRICKS AND ATTEMPTS AT INTIMIDATION!

THE LANDLORDS HAVE CREATED A FALSE MYTHOLOGY AT THIS SITE THAT LANDLORDS CAN EASILY TAKE EX-TENANTS TO SMALL CLAIMS COURT AND WIN. AND THIS HAS SPREAD ALL OVER ONTARIO TO INTIMIDATE TENANTS.

WHILE THERE ARE SOME EXTREMELY CLEVER LANDLORDS WHO CAN DO IT BY MANIPULATING JUDGES THE VAST MAJORITY HAVE NO CHANCE AND EVEN IF THEY GO THROUGH THE PROCESS THEY WILL LOSE!

Together We Are Strong!

Are you moving out?

This is one of the best posts here in years.

I always doubted it landlords all taking us to court and "winning" when at the LTB all I saw were landlords bumbling and losing. For sure they will even have more pressure at small claims court where things are more serious.
Top

I thought the small landlords could easily take ex-tenants to court and easily 'win' but that is not the case? Wow.
Top

cassandra wrote: ↑
August 28th, 2018, 11:10 pm
I thought the small landlords could easily take ex-tenants to court and easily 'win' but that is not the case? Wow.

Now we see that is a myth the landlords here use to intimidate us.
Top